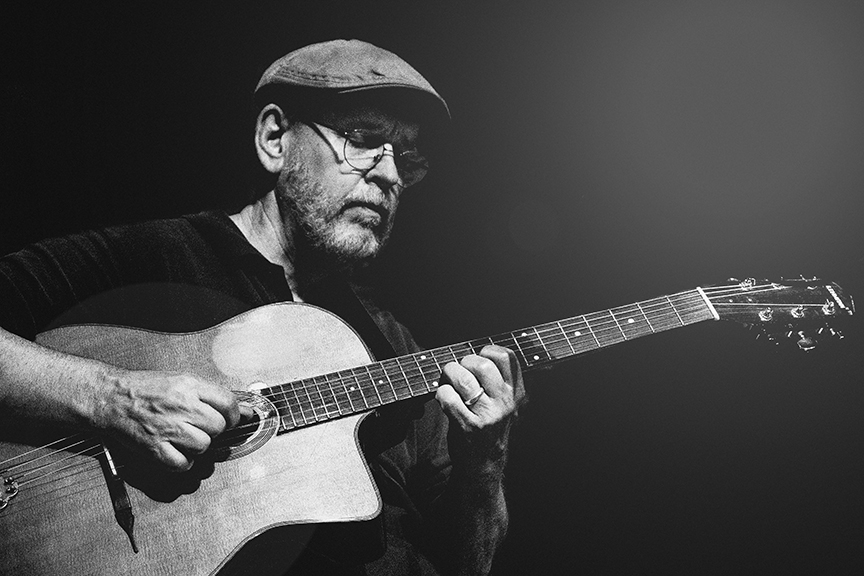 I had a chance to sit down with legendary Jackson, Mississippi musician, Tim Avalon, and chat about his music career as a teacher and performer. It’s important to understand that Avalon is a highly respected Jackson musical institution. At 60 years old, the self-taught master has made a life long career as a gigging musician and music teacher, teaching just about everyone I know in the metro area, including myself, at one time or other. He can play anything with a string and can tear it up! I’ve heard it said he could even play a shoestring.

[dropcap letter=”A”]valon got his first guitar, a Silvertone, as a gift from his aunt, in the 8th grade. Asked if playing just came naturally to him, “Well, some of it does but I’ve worked really hard learning to play the way I wanted to. I put in the time to get it in my hands.” By the ninth grade he was playing rock gigs and private parties. Avalon says a lot of the repertoire was ZZ Top and bands like Grand Funk Railroad. The first band he played in was called Southern Star and he was playing lead guitar. When asked if he remembered his second band, he stopped and leaned in, then laughingly said “Southern Star. But it was a different line up”.

Guitarists who had a profound influence on his style range from Duane Allman of the legendary The Allman Brothers Band, Eric Clapton and the late Lowell George of Little Feet. Now, I’ve seen Avalon play Dixie Chicken countless times and it always puts a smile on my face.

Just as he was about to tell me about his first 1978 Fender Stratocaster, the one he still has and plays on gigs, musician and friend, Robert Gray, walked up and struck up a music theory conversation. Avalon’s eyes lit up as he launched into all the different tunings fiddle players use.

[perfectpullquote align=”full” bordertop=”false” cite=”” link=”” color=”” class=”” size=””]“Cajun fiddlers tune their fiddles a whole step down so they can play in the squeeze box player’s key”.[/perfectpullquote]

It’s just like talking to a music encyclopedia and his love for teaching is evident Thirty years ago Avalon created The Avalon School for stringed instruments where he teaches everything from guitar and fiddle, to banjo and mandolin.

Avalon stays busy. “I play at a church in Canton every Sunday, then I play a strolling jazz gig at a local restaurant for their Sunday jazz brunch. I also host fiddle workshops for the Mississippi Old Time Music Society that meets a few times a month at the Mississippi Craft Center in Ridgeland.” He plays in so many different outfits that it’s hard to keep up with them all. For years he played in a Celtic band called Bound Street that performed at Fenian’s Pub, an Irish bar on Fortification Street, in Jackson. One of the bands he started and still plays with regularly is a gypsy jazz group that features the beautiful and phenomenal vocalist Allison Jenkins (she just happens to be my wife). The band, “Swing de Paris”, plays the very technical jazz music of Django Reinhardt. Avalon has in my opinion mastered the style, transporting the listener from the heat of the South to the streets of Paris.

Beyond music, Avalon has a great love for movies, especially the classics like the James Bond films and the Indiana Jones series. When I tell him I have never seen The Blues Brothers film, he can’t believe it. He then proceeds to act out the opening scene and at times was drumming on the table, all the while laughing. Now I have to see it!

It is exhilarating to sit down and talk music with Avalon – his knowledge is endless. As we near the end of our interview, his phone rings. “Time to go to a rehearsal.” He is a musician always on the go. When you find yourself in the Jackson, area and are looking for great entertainment, chances are Tim Avalon will be playing somewhere. Do yourself a favor and go hear his music. You won’t regret it.