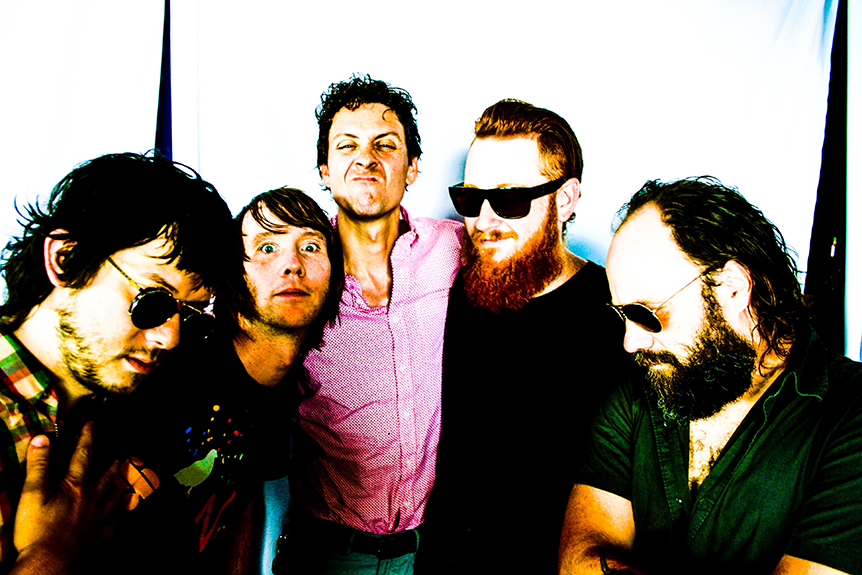 Formed in Tuscaloosa, Alabama in the late 90’s, The Dexateens have since been redefining the sound of Southern rock n’ roll. They’re one of a handful of bands in the Southeast currently coupling the mix of country and rock, made famous by originators like Lynyrd Skynyrd and The Marshall Tucker Band, with punk rock influence and a DIY attitude.

[dropcap letter=”V”]ocalist and guitarist Elliott McPherson and original bassist, Matt Patton, were bellied up to the bar playing video trivia one night in the now non-existent, once famous Tuscaloosa bar, The Chukker. A conversation ensued about infusing country, gospel and rock music with their punk rock upbringing, and with that, The Dexateens were born. They quickly recruited mutual friend Sweet Dog for drums and John Smith filled the role of second guitarist.

McPherson says of the early sound, “In the late 90’s, early 2000’s, we hadn’t really discovered finesse and dynamic. It was super raw and we all sort of played like cavemen. We acted like cavemen, too – except for John Smith. He knew how to play country guitar like Chet Atkins and he also knew how to throw flames like Ace Frehley. He came in only a few weeks after we started the band and without him we wouldn’t have discovered the twang thing. He brought that country bend into what we were doing and now that’s a go to bend for anyone that has ever played guitar in the band.”

In October of 2016 The Dexateens released their sixth full-length album “Teenage Hallelujah” on their own Cornelius Chapel Records. Produced and engineered by Bronson Tew (Jimbo Mathus, Water Liars), the latest offering sees the departure of long time guitarist Lee Bains (Lee Bains III and the Glory Fires) and the introduction of longtime friend and guitar whiz, Taylor Hollingsworth (Conor Oberst, Dead Fingers). The original lineup saw people that drifted in and out of the 3rd guitar slot, but this helped to set and form the elements of their signature Dexateens sound. Hollingsworth’s inclusion now brings a slightly more intricate, jangly blues guitar sound to the band.

Sharing bassist Matt Patton with the Drive-By Truckers has been a challenge. “It’s tough playing with Matt right now.” McPherson surmises. “Partly because he is rarely available, but also because when we do get to play with him, I’m always wondering if he is having a good time. He is used to playing in front of big crowds in big rooms. He has never said a cross word, but I just wonder what it must be like for him. He has people setting up his gear and tending to his needs when he is with them (the Drive-By Truckers) and then when it’s time for The Dexateens he pays his own bar tab and is responsible for loading his own gear.”

Most of the songwriting duties fall on McPherson, but he welcomes any and all input from his band mates. “I feel like a good band keeps the main guy from making stupid mistakes. I’m pretty prone to stupidity”, he concludes. 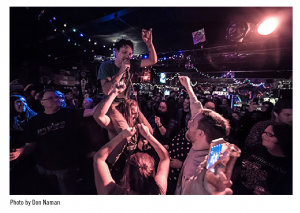 [perfectpullquote align=”full” bordertop=”false” cite=”” link=”” color=”” class=”” size=””]“We always try to push the sound to new places. That’s part of the joy in doing it for all these years, seeing what we can come up with next,” McPherson explains. “We have always felt comfortable doing stuff that doesn’t always make sense, and even though we have a formula, it’s pretty loose and forgiving. So when people come into the band, there is a lot of room for freedom and creativity.”[/perfectpullquote]

Their newest release, “Teenage Hallelujah”, sees the culmination of years of hard work, and lineup changes, colliding in what could be their best record to date. Songs like ‘Eat Cornbread, Raise Hell’ and ‘Old Rebel’ put a focus on a tight, triple guitar threat while more mellow acoustic, almost country tracks, like ‘Red Bird Road’ and ‘Treat Me Right’ showcase the musical talent of each of the players separately. On ‘Alabama Redneck,’ The Dexateens take a crack at rapper Kid Rock and his recent jump into the realm of commercial “bro” country coupled with his inclusion of lines from the Skynyrd song ‘Sweet Home Alabama’ in the #1 hit ‘All Summer Long.’ The character in the song is a staunch supporter of the Southern rock classic. McPherson says, “I’m really poking fun at the guy because he has clearly tapped into the Southern modern country music CMT audience and it appears to be a ploy for a corner of the market as opposed to being a sincere work of art. I realize this is just an industry tactic and it works, and you can’t fault anyone for selling records and making money. I am just saying he isn’t a Southerner, although he pretends to be one because it’s an easy sell to the same people who love to hear their modern country mashed up with rap music or metal. It’s all just a terrible travesty, and it’s also hilarious at the same time.” McPherson has also promised a tongue in cheek Ray Stevens style video to follow shortly.

Another standout track on the record is the bouncy ‘Jimmy Johns,’ telling the story of former Crimson Tide linebacker Jimmy Johns and his run in with law enforcement, cocaine use and eventual incarceration. “I don’t know if Jimmy has heard the song,” McPherson says, “I wrote this at the time that he was still in prison. I’m really happy that the bridge of the song played itself out in real life. The bridge is about his mother, and she is praying that prison will give him a new voice and that he will be a different Jimmy once he comes back home. Indeed that is what happened. Most of the song is just descriptive of his antics with the pit bulls and selling narcotics, but the moral of the story and the reason I think the story is compelling is in the bridge. We all do really stupid stuff when we are young. Some of us ruin our lives during that time, and some of us get a second chance to correct ourselves.”

Future plans for The Dexateens include putting the finishing touches on a new record titled “Struggler” along with a collaboration with Robert Kimbrough, son of blues legend Junior Kimbrough. Would The Dexateens ever consider signing with a major label? “If we had a major label that would let us be ourselves and would invest bags and bags of money towards promoting our careers then we would consider this.” McPherson responds, “I think rock and roll is tons of fun and makes even older people feel like they are young again. Maybe it will come back around and we will find ourselves in the right place at the right time. If not then we can handle that, too.”

Ever since the release of their first record in 2004, this group of Alabama boys have made the music they love and taken great care in making sure their future is written through hard work and a clear understanding of their youthful spirit. Regardless of a sudden spike in popularity, nothing will calm The Dexateens’ fire to make sure the spirit of rock n’ roll stays true and is always delivered with a Southern drawl.