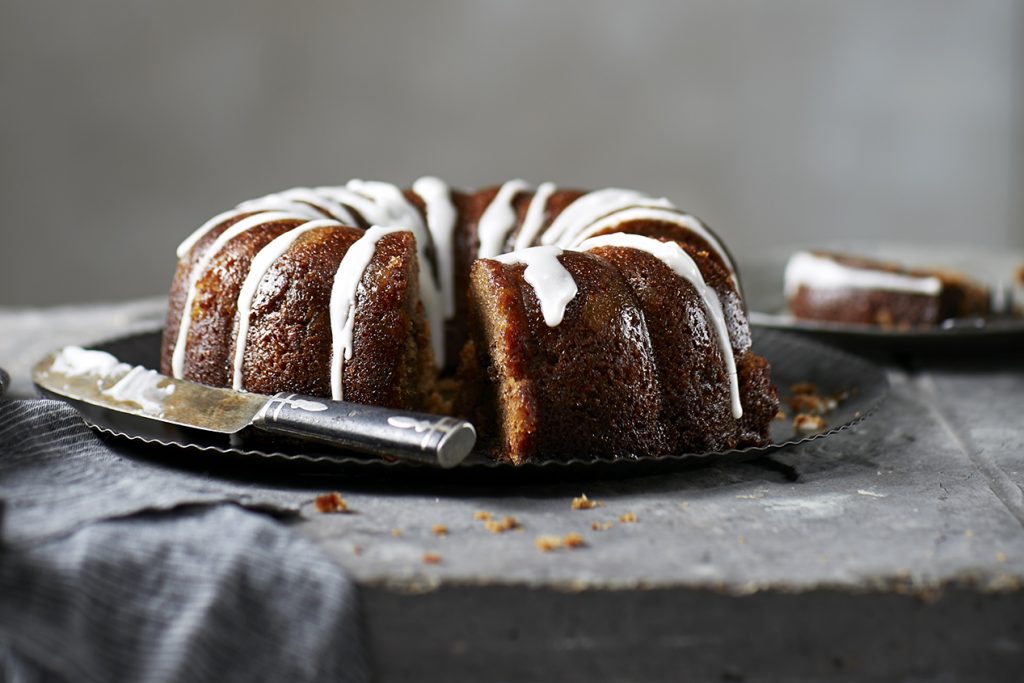 Summertime when I was a child meant waking up before dawn on Saturdays to my father singing “She’ll be Comin’ Round the Mountain” or “This Train Is Bound for Glory”—his signal that it was time to pile in the truck and head to the country. There were vegetables and fruit to be gathered, and he wanted us pullin’ and pickin’ before the Georgia heat became unbearable. I hated those mornings and, if put to an oath, would have to admit to some very un-Christian thoughts about Papa rolling around in my head on those outings.

Besides being a typical teenager, I also suffered from a malfunctioning internal temperature gauge that stayed stuck on “HIGH HEAT” most of the time; seriously, I can still break a sweat just walking out onto the porch. Daddy would have us all dressed in full-length trousers (in case of snakes) and long-sleeved shirts (to help keep the okra or peach fuzz off our skin). I would be soaking wet before pulling the first ear of corn off a stalk and it wouldn’t even be 7 a.m. By mid-morning when we were finished, you could literally wring water out of my shirt and underclothes.

But that was decades ago, and during that lapse of time, I can’t go to a farmers’ market or see a picture of fresh vegetables without thinking about Mama and Daddy, and how I’d gladly give up a Saturday or any other hot, summer morning to have the chance to be in the middle of a tomato patch with the two of them, sweating away. Interesting how things in life, particularly loss, can change your views and outlook.

One of our summer staples was the brown turkey fig; Daddy dearly loved Mama’s homemade biscuits and a bowl of her incredible fig preserves. She cooked her figs whole, poaching them slowly in a big boiler until a thick, sweet-tea colored syrup was made. We would pick them at my cousin Joyce’s place down in Dooly County; she had fig trees so tall you needed a 10-foot stepladder to reach the upper limbs.

Until recently, I had not picked any figs in years; the ones I used for cooking usually came from Davis Produce or the grocery store. Through a random conversation with a gentleman at the Piggly Wiggly, I received an invitation to drive out to his place in the little town of Faulkville and “pick all the figs you want.” So on a late-July Saturday I retrieved two half-bushel peach baskets, a damp washcloth for cleaning my hands—figs can be sticky—and a towel to mop the sweat off my head, and headed to west Chatham County. I drove up to find a comfortable-looking older home, complete with a tin roof, a screened-in porch, and a big, magnificent fig tree full of ripe brown fruit. Even though it was the middle of a humid afternoon in July, with the temperature well into the 90s, I took my sweet time with my chore. I stood inside the low-reaching limbs of the tree, admiring the big, sage-green colored leaves covered in their hair-like fuzz, and carefully picked each brown, plump fig within reach. And with every one placed in the baskets, I thought about my Mama and Daddy and summers back home. What a wonderful gift, those memories. 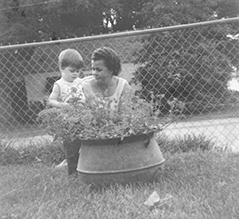 Picking away, lost in yesterdays, my mind wandered to my nephew, Jason, and I thought how pleased my parents would be of him. My sister’s only child had inherited his grandparents’ love of the land and fresh farm-to-table food, and even outdid me when it came to gardening and his commitment to tilling our Georgia soil.

Oh what a sweet little child he was growing up, with dimples so big he could’ve held a plump blackberry in each cheek, and enormous blue eyes that danced when he was happy. He’s all of forty-four now, with an elegant and chic French wife (I tease him that he married way up the ladder) and two beautiful children of his own, each with their own set of those sparkling eyes. I stopped by his house the other day and watched him in his backyard garden. Sporting a wide-brimmed straw hat, he was carefully working away on a raised bed of vegetables that sat next to a big, fine fig tree. Some of the first things he planted when he bought his property were three brown turkey fig trees. He loves fig preserves as much as the rest of the Barrett clan.

Jason has also taken to making jellies, preserves, and jams, excelling at it as did his Grandmama Barrett, whom he called “Ninnie.” Mama’s mama was also referred to as Ninnie, and her mother before her, a Nipper tradition. Mama was a prize champ in the condiment competition at the National Fair the first few years it came into existence in Perry, and she took home numerous blue ribbons for her pear preserves, fig preserves, peach jam, scuppernong jelly, and a host of others. Many a day I watched her in the kitchen doing her canning, and years later, when her arthritis got the best of her, I would slice the hard Georgia pears she needed for her preserves, or peel the bushels of peaches for the jam. I’ve kept all of her recipes and make those items myself, and Jason has continued on as well. You’ll find dozens of jars of such delicacies in his pantry, including a few of his own that he’s created, such as Vanilla Peach Butter.

One of my favorite of Jason’s culinary efforts – one that calls back to our family’s roots – is his Glazed Fig Preserve Cake. Lightly spiced with the flavors of fall and winter, this confection is now a holiday tradition within our family. Each Thanksgiving and Christmas one will be found crowning a cake stand, the sweet but tart buttermilk topping whispering promises of a taste of home.