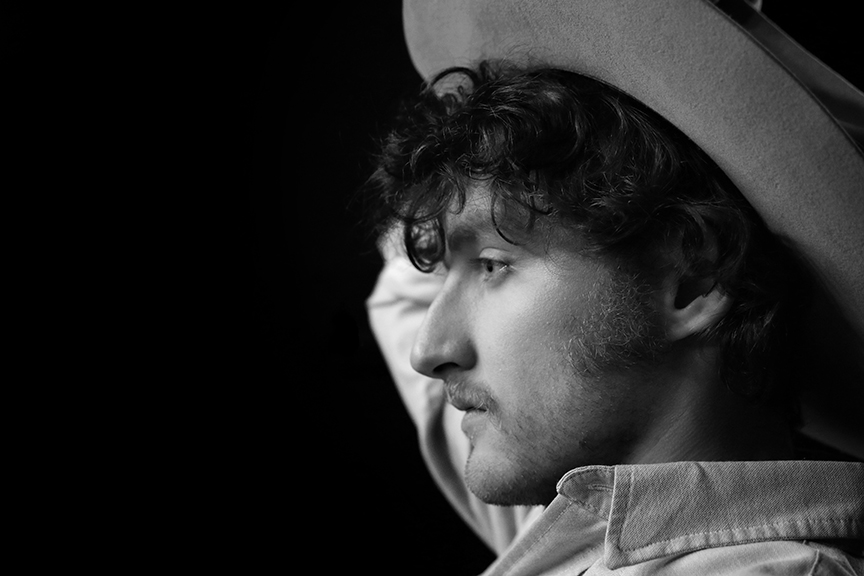 Songwriter and Tulsa, Oklahoma native John Calvin Abney is keeping busy these days playing shows in support of his second full-length release, Far Cries and Close Calls, preparing to release a third, Coyote, and backing up much talked about songwriter John Moreland on tour.

As a singer, Abney’s delivery is soft and haunting at times, reminiscent of the late Elliott Smith. On Far Cries and Close Calls, the songwriting is introspective and often melancholy. But don’t write this multi-instrumentalist off as just another depressing, millennial songwriter. The lyric sheet accompanying the album reads like a book of poetry.

His influences run deep and include folk troubadours like Bob Dylan, Gram Parsons and Crosby, Stills & Nash. The impact these wordsmiths had on Abney are glaringly apparent in songs like Way Out, the album’s third track. He sings, ‘Funny things happen when you play the moments of your past. Minutes like molasses, you begin to age twice as fast.’

Far Cries has been decently received, I think,” he explains, “I haven’t kept up too much with it lately. I know some Italian magazine hated it, but my friends dig it and spin it on their decks. I can’t complain, I love the way it turned out. 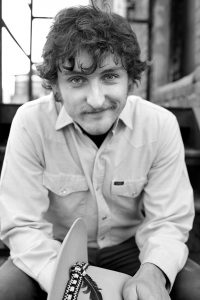 On his new album, Coyote, Abney’s gift of finding beauty in a lyric continues on songs like “Souvenir Waltz” where he gently sings, ‘Look up at that sky and call down those stars. Remember those days in Oklahoma rain when it was all ours.’ The record also finds him experimenting with mellow blues on ‘Get Your House In Order’ and integrating a string section for the instrumental ‘Leslie Lane.’

When Abney first decided to become a musician, one family member instantly became his biggest critic. “I remember telling my grandmother when I was 16 that I wanted to play music for a living,” he recalls, “She looked like she felt a cosmic darkness wash over, immediately telling me I was better off as a lawyer or a doctor. We have since reconciled and she loves my songs now. Strange how things work.”

The life of a touring musician can be a grueling one. Too often I’ve heard friends say they preferred writing and recording to a life on the road. When asked what he likes most about each one, Abney explained, “My favorite part of songwriting is finishing a song. Besides the tiny steps you can take that lead you to that end, that’s about all I enjoy about the writing,” he continues, “Now, performing is another story, I typically love to perform because of the nature of music itself, it opens itself up to new interpretation every single time you approach a tune again. Recording is beautiful because of the experimentation and the processes that can be bent and warped and manipulated in order to create something human or something completely far-out, there are no rules.”

What would this Tulsa Troubador be doing if not writing dreamy melodies and lyrics? He says, “Probably living on a mountain, chopping wood, baking, fishing, and breathing.” Well, we’re glad he’s not a mountain man because the musical landscape is much brighter with John Calvin Abney contributing to it.