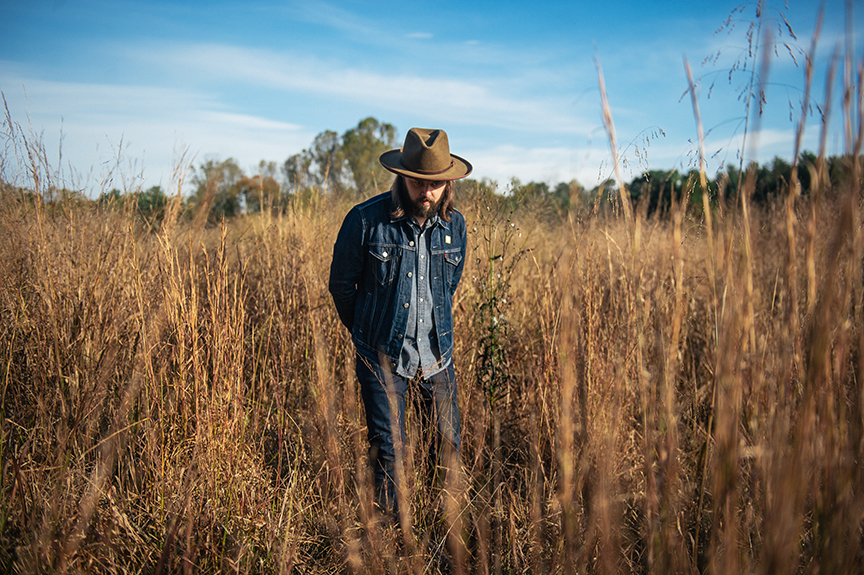 Caleb Caudle explores new musical territory and in the process reaffirms his country roots. The result is the best record of his career.

On the surface Caleb Caudle would seem to be a puzzle. A native of Winston-Salem, North Carolina, Caudle is a rising country star who absorbs a world of diverse musical influences, processing them through the rich soil of tobacco country. Hailed by Paste and Rolling Stone Country as an artist to follow, Caudle’s musical journey had an unlikely start. The energy of punk led a young Caudle to Americana and set him on a journey to find his own voice.

“I still listen to it [punk]. The Replacements. The Clash and London Calling, that choppy rhythm, it just spoke to me. From there it was an easy transition to Uncle Tupelo, the Jayhawks, and Whiskeytown. I went record shopping in Durham with Mike (MC Taylor) from Hiss Golden Messenger. He showed me his record collection. I’m down a rabbit hole with Reggae right now. “

At fifteen he was playing bass in a local punk band. But young Caudle had a voracious appetite for more. “My cousin Greg turned me on to Neil Young.” It wasn’t long before his journey took him to John Prine, Joe Ely, Guy Clark, and Townes Van Zandt. By nineteen he had sold his bass for a guitar and was a fledgling songwriter.

“I didn’t really understand what putting out a record meant,” Caudle says. And yet that is exactly what he did. At nineteen Caudle recorded Red Bank Road in an old dairy barn. “I had to borrow a car to get there,” he adds. It was the first few miles on a quest that would bring him into the national spotlight.

Caudle began to attract attention with his songwriting chops. Known for earnest earthy lyrics, Caudle caught the eyes of the folks at CMT. “My song “Borrowed Smiles” was featured on a season ending episode of Nashville.” The best part was the way it came about. “They contacted me, I didn’t solicit it. I was pretty surprised by it all.”

Caudle’s voice is warm and engaging, and laced with a humility often missing in rising artists. Five years ago he quit his day job to tour behind his 2014 release Paint Another Layer on My Heart. In the fall of 2017 he married. Change is part and parcel of Caudle’s life. 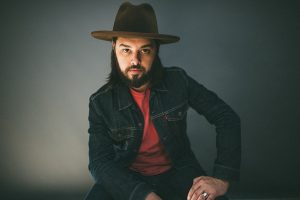 I don’t drink anymore. That was my life for a long time. My sobriety is coming up on four years now.” Another change is taking his bride on the road. Caudle is a more settled man these days, and that growth is reflected in his songwriting skills.

Sometimes the songs come quickly. “For example, ‘Love That’s Wild’ came to me in about twenty minutes. But for the most part I spend more time on it now; trying to get rid of the stuff that doesn’t fit. I want to be more direct.” For Crushed Coins it meant culling twenty-three songs down to a final eleven. “Basically it came down to a simple question. I held back some songs where I felt I had already covered that ground.”

Despite all of the changes that have been a part of Caudle’s career, some things are consistent. Crushed Coins is the third album with producer Jon Ashley. Ashley’s resume includes production work with Dawes, Band of Horses, The War on Drugs, and Hiss Golden Messenger. His adventurous approach to arrangement and texture freed Caudle to step out of the pure country sound he fashioned for himself on his last album, Carolina Ghost.

“It was a willingness to try anything,” Caudle says. “Let’s throw it against the wall and see if it sticks. If it works we’ll keep it. We went at it like there were no rules.” The result is an album that, while it expands Caudle’s sonic palette, also reaffirms his Carolina country roots. Another benefit of working with Ashley was the comfort level.

Having Ashley at the helm allowed Caudle to tackle the challenges he faced in the last couple of years. In addition to finding love and settling down, Caudle has also had to deal with the loss of some family members and friends. The eleven songs on the album serve as vignettes; musings on mortality and mourning as well as an appreciation for life, and trying to cope with isolation.

Caudle handles all of this with wisdom and grace, never trying to get artsy in his depictions. Instead he tackles these subjects head on, preferring to show us portrayals of real grief and simple joy, made more powerful by his honest approach.

“Headlights,” the third track, is about pushing through the tough times, no matter how it feels. “Touring is hard but very rewarding, I wouldn’t want to be doing anything else.” The events of the last couple years have given Caudle some new perspective.

I wish I could take the pain the world has given

Spread it out and hold it in my hands

And never let it get too overwhelming

Let it sting enough to remind me who I am

Set against an ethereal background of gentle electric guitar, Caudle’s warm tenor pulls the listener into the story. The arrangement of guitar and brushed drums conjures a lush rural landscape, perhaps the tobacco fields of his home state. At other times, the weight of living takes its toll. On “Madelyn” Caudle consoles his beloved, encouraging her to recall better times.

Madelyn, it’s hard but I know we’re gonna make it

After all we’ve lost, we’re gonna carry on

And if it’s too heavy, I’ll be here to help you

Find your glow, from long ago

Caudle’s lover has lost her mother. His tender offer of comfort shows the depth of his compassion and the limits of language in dealing with loss. In sticking to a straightforward approach he crafts a song we can all relate to. He doesn’t make it into a moral lesson or a metaphor for a philosophical take on life. He lets us see the pain, one we all share in as members of the human family.

Caleb Caudle trusts his audience. It is that creative instinct that separates him from so many other songwriters. “My standards are pretty high for myself. The goal is connecting with people. And hoping that they are hearing something new and yet comfortable.”