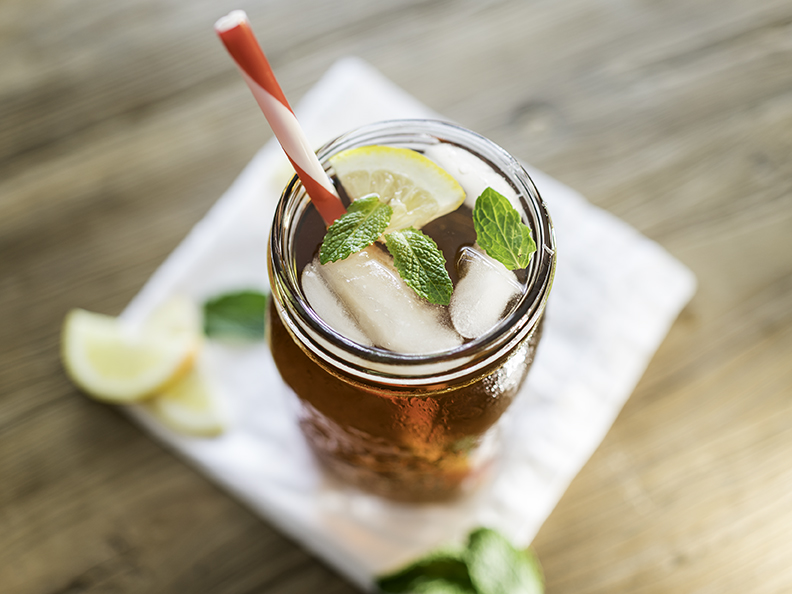 As a member of the worship band, Rush Of Fools, for the past 11 years, Wes Willis knows a thing or two about visiting different places and seeing what they have to offer. “We have been from one big town one night, to a smaller one the next,” says Willis. “During this time on the road, we find ourselves sitting in small coffee shops and other places and realizing what almost all the people are really looking for.”

Iced tea – the table wine of the South, as he calls it. “I started thinking: What would it be like to have such a beverage…I mean, to have a place you can go to sit down and have a beverage like this?” He says that was kind of the beginning for him. Willis says it’s simple if you think about it. Folks Love The South. And Willis says he even had the name for his future company: The Alabama Sweet Tea Company.

Several years later, he happened to run into Golson Foshee, a local real estate developer. “I knew his name in town because he was a successful businessman, so I struck up a conversation about iced tea with him.”

Willis says he approached Foshee about the idea of having a sweet tea company, knowing that he was busy working on revamping a part of Montgomery, Alabama that held a lot of history in the South. “Rosa Parks happened here, and Martin Luther King went through this part of town, too. There was soon to be a lot of both retail and living spaces, so it was a spot that would work.” He adds that they didn’t want to put their business in a mall or strip mall, but rather, this specific part of town. 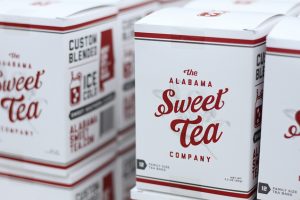 [perfectpullquote align=”full” bordertop=”false” cite=”” link=”” color=”” class=”” size=””]The two of them met up more and more and discovered that working together came naturally. Willis came from the band way of doing things, where you have to rebrand and regenerate yourself. Foshee came into the project as the organized business side of it all.[/perfectpullquote]

In late 2015, they started working on The Alabama Sweet Tea Company, tasting all kinds of tea. Willis says they were both “highly caffeinated” during a good six month period. “We’d meet up after dinner, often until two or three in the morning to throw around ideas and taste tea blends,” he says.

After spending about 16 months planning and having backyard-tasting parties with family and friends, they found what they were after. “We wanted to use the recipes our grandparents used – to keep it traditional,” Willis explains. “Who doesn’t remember drinking sweet tea out of a glass jar on a hot summer day? It turns out there are a lot of people in the South who share that connection.” In addition to their standard tea, they also offer a strawberry tea that uses the juices from the berries to sweeten the tea, a honey and ginger tea, as well as a cinnamon sweet tea. Deciding early on to treat the startup of their business like a band, they hit the road with t-shirts and boxed tea, serving up tea in mason jars to willing recipients.“ If you’re a management company for a band, you want them out there – practicing and playing anywhere they can,” Willis explains. 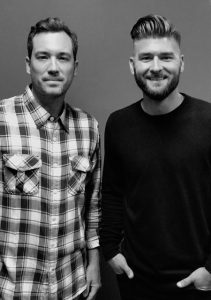