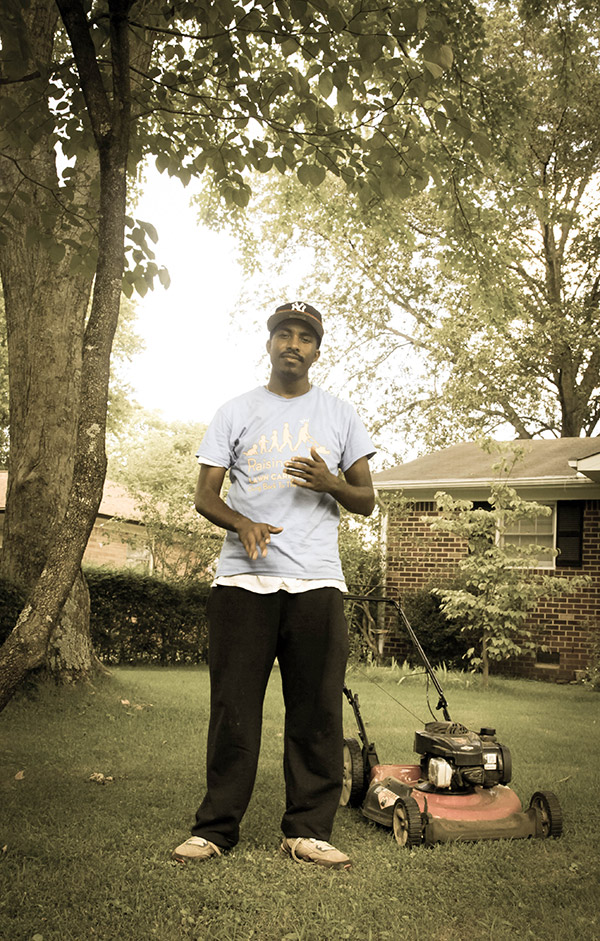 It’s been said that generosity of spirit is most often found in the greatest of leaders. Rodney Smith, Jr. embodies this spirit. “I want to show our children (our future) that they too will receive a sense of accomplishment, self-esteem, moral values and find a purpose in themselves. No matter how small or tall, young or old, or what cultural background they come from, they are capable of whatever they put their minds to.”

[dropcap letter=”B”]ack-up to last fall when Smith, 27, drove past a home where an elderly man was struggling to cut his lawn. The sight haunted him. “It came to me, that I should do something about it. I’m young. I’m able.” So in September 2015, he decided to cut lawns for the elderly, single mothers, disabled and veterans free of charge. “I was in school and cutting lawns between classes and on weekends, so I set a personal goal to cut 100 lawns by winter.” But by November he had already cut 100 lawns and in December Raising Men Lawn Care Service was born.

As the founder of RMLCS, Smith is passionate about giving back. “I grew up in Bermuda where people are friendly and everybody helps each other. It just makes sense to me to do the same when you see people who need help.” With the help of his friend, Terrence Stroy, they enlist the help of young people who need something to do. “We have 40 boys and 5 girls aged 7-17, who cut lawns with us.”

Smith acknowledges that when some of the kids first start, they aren’t thrilled with the hard work. “But when they see how grateful the people are whose lawns we’ve just cut, their whole attitude changes. They WANT to get back out there and do more. It just makes you feel good.” 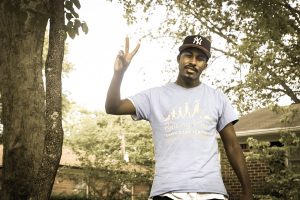 Smith speculates that during the summer the group cuts, on average, 100 lawns a month. “We rotate the kids so they don’t get burned out. I mean, they’re still kids and need to have fun.” Don’t let those words fool you though, Smith makes sure there is fun to be had along with hard work while on the job — random water gun battles top the list. There are also donut drops to the local firemen and police officers to show support.

Besides the good feeling that comes from helping others, the youngsters are rewarded with t-shirts to mark their achievements. Starting with white, they move up to orange when they reach 10 lawns, then on to green for 20, blue for 30, red for 40 and finally black for 50 lawns cut. “It’s sort of based on the karate belt system of achievement.” Once they have attained the black t-shirt, they help Smith with teaching and leading the others.

Briggs & Stratton heard about Smith and came calling. They have been instrumental in helping to keep them supplied with lawn equipment. A short video was even produced for their You.Powered. series and garnered a lot of attention.

Smith graduated in May 2016 from University of Alabama A&M in Huntsville with a degree in computer sciences but realized before graduation that he would be pursuing his masters. “I feel I’ve found my calling and I started back in September to get my masters in Social Work.”

Asked what the recipients of his generous spirit think about all of this, “They can’t believe it. People cry. Some of them have citations because they can’t care for their lawns, then they get ripped off by companies charging them $200 or more to cut their lawns. They can’t afford that. They need medicines and food. It feels good to see how much we help them.”

This past fall, Smith and his team of youngsters extended their helping hands to the homeless. They began handing out blankets, sleeping bags, tents, gloves and scarves. Over the Christmas holidays so many donations came in they were able to deliver gifts, bottled water and meals to the homeless in the Huntsville area. Weekends still find him with a group of helpers handing out meals to help those less fortunate.

But Smith, not one to do anything halfway, didn’t stop there — he knew that many of the homeless he had developed relationships with desperately want to change their circumstances. So he began handing out self-help books. His requirement? Read the book, discuss it with him and Smith will get them new clothes for a job as well as help them line up job interviews and help them get there. Smith recently told us about Eric who had completed the book he was given,

“As a man of my word, I got him a new set of clothing along with some new shoes. I’ll get the information from him to get his resume started to help him apply for jobs. He is already looking. He said to me that the book played a part in motivating him to look for a job. I am very proud of him.”

Eric did find a job washing dishes several nights a week. It is a start to a better life.

For the summer, Smith has started a new challenge — 50states 50lawns. “My goal is to travel to all 50 states (driving to 48 and flying to Alaska and Hawaii). I plan to mow one lawn in each state for a senior citizen, disabled person, single mom, or military veteran.” Smith is taking on this venture to help make more people aware of the Raising Men Lawn Care Service and to encourage others to start chapters in their cities or states. His journey begins May 10. 50states50lawns.com

Raising Men Lawn Care Service performs a free service, but it still costs money to operate. There is a GoFundMe page where you can donate. This covers gas, oil and parts — general maintenance. They travel across the Huntsville metro area, but will also cover North Alabama as needed. There are 6 other chapters in as many states and in Bermuda to help support, also. The word is spreading. “They see the video and want to get involved. My hope is that one day we would have chapters in every state and maybe even around the world.”