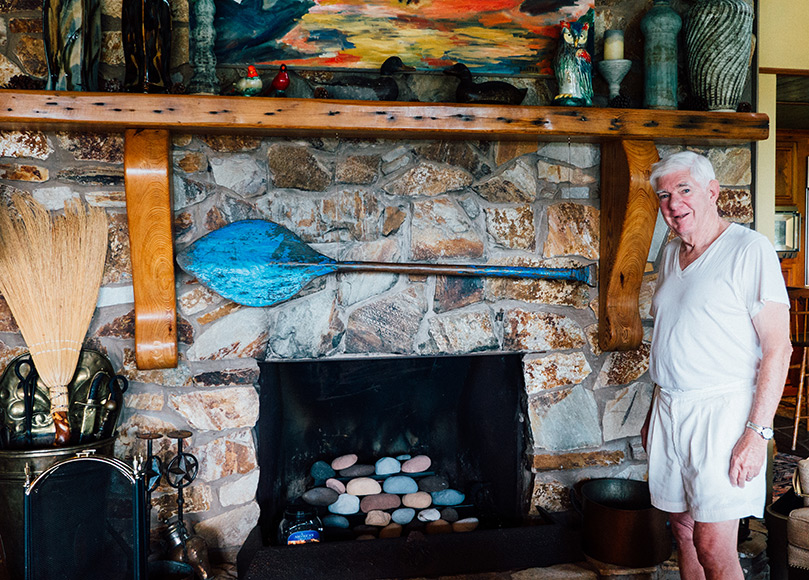 Remarkable is the word I would use to describe a man named Gayden Ward. I met him one Thursday night at a jazz bar in Jackson MS. I was there to hear a group that my wife sang with. We struck up a conversation about music in general and I immediately knew I was talking to a man with great knowledge not only about music but all kinds of brilliant ideas.

Ward is never at a loss for words and a lot of times starts off his sentences with “I know you probably won’t believe this” and then launches into his very unbelievable stories backed up by 100% facts. Like the time he was going down the Amazon River and talked an Indian out of his homemade canoe paddle. Sure enough when you walk into his home there is a large oar hanging over his fireplace.

Ward has traveled the world over and has from what I can deduct experienced life to its absolute fullest and is “full up” with unbelievably amazing stories. At one point he asked me a question about the way a piano is perfectly tuned to be out of tune. This was news to me but he explained it in great detail. This is the kind of little thing that makes him stand out – his attention to detail.

I went to visit Ward at the lake house that he, along with his wife Jamie, built and designed. Every detail is a work of art along with an island Ward created in the lake. Ward made what he calls the “yellow brick road” – a brick pathway that winds around it. “You may not notice, at first, but there are no straight lines anywhere you look. It’s because they are boring to me”, Ward explains. Looking around you will quickly see his intent. From the large granite broken patterned floors to all the walkways and walls.

I was there on this visit to hear Ward’s bee keeping stories and learn everything that is involved with that process but that changed quickly when Ward began talking about ducks. Chinese Mandarin Wood Ducks to be exact. 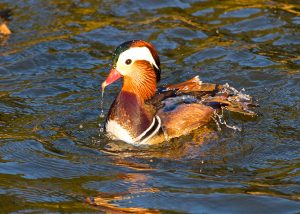 Ward has a degree in behavioral science and studies the patterns of these Wood Ducks. He spends hours upon hours capturing the living habits of these ducks and to be able to photograph this process you have to be very still and well camouflaged. Ward has built a duck blind on the lagoon’s pier and along with the largest lens they make he is able to photograph these ducks flying into the duck houses he built. 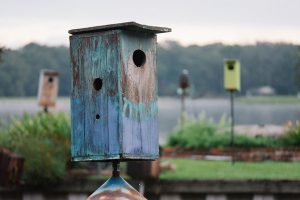 Observing Ward look for and talk about these ducks you start to laugh because you can tell he loves them. He said that he just put up a house for decoration one day and a few weeks later, all of a sudden, out of the corner of his eye he saw a female fly into it. “It was amazing.” Ward has been watching them ever since and has even gone on rescue missions to save baby ducks. 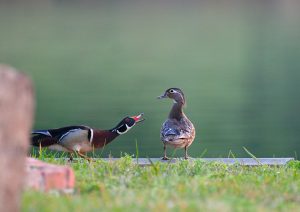 Before I left him he said, “I want to tell you something.” Here was another incredible story that I was sworn to secrecy. The only thing I can say is that it involves Willie Nelson’s sister Bobby and the piano she plays.

IN MEMORIAM: I will miss you brother. You saw the world in a different light. You supported the arts with dignity and grace. You were my friend and maybe my biggest musical fan. You showed me that nothing is perfect and that is the beauty of life, “that some people can’t see it like this.”

Thanks for all the true and unbelievably crazy stories. Gayden Ward you were indeed remarkable and I am thankful for all the times we shared. Much love and light to you, Jamie Ward, whom he absolutely adored, and everyone who cared about Gayden. He will be greatly missed by many. Matthew