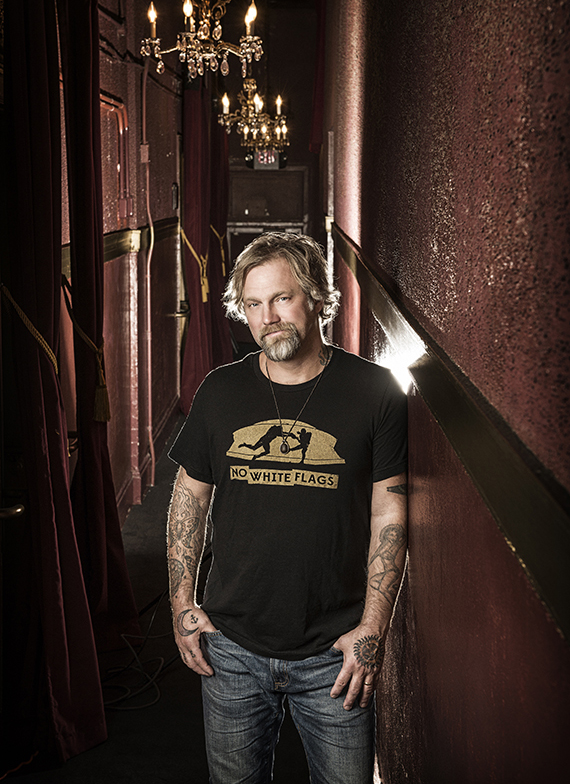 Send Me A Friend

Imagine the life of a professional musician. On the road for months at a time, sleeping in motels and buses, grabbing family time on the cell phone or via skype. How do you fill the hours of boredom? How do you balance the fatigue of travel against two hours of stage time and the adulation of strangers? Add to all of that the challenge of trying to maintain your sobriety in some town in the middle of nowhere. A moment of compromise can turn into days, weeks, even months, off the rails. Twelve Step programs teach years of hard-gained wisdom summed up in simple, direct phrases or acronyms. Take HALT, for instance. Hungry. Angry. Lonely. Tired. It is the perfect description of a working musician’s life. It also represents the state of mind that is likely to trigger a relapse.

[dropcap letter=”A”]nders Osborne knows a thing or two about addiction, and about taking your victories one day at a time. He wants to help. If you’re facing the monster alone, all you have to do is reach out and say, “Send me a friend.” The fifty-one-year-old Osborne has been a musician most of his life. A southerner by choice, Osborne was born in Sweden into a musical family. “My dad was a professional drummer, and my grandfather played accordion. Around seven or eight-years-old I took up guitar. I came to the states at sixteen.”

Settling in New Orleans, Osborne became a fixture on the music scene there. He is a fierce guitar player and passionate performer. His fret board fireworks and keen songwriting instincts have earned him respect and record sales. Osborne’s songs have appeared on records by Keb Mo,’ Tab Benoit, Aaron Neville, and Brad Paisley. Tim McGraw scored a number one hit on the country charts with Osborne’s “Watch the Wind Blow By.” As a songwriter he crafts moving portraits of contentment as a family man and deeply painful images of pain and addiction.

The history of rock and roll is littered with more crash-and-burn stories than you can count. Life on the road is not conducive to sanity or sobriety. Anders Osborne soon found himself on the lost highway. “People on the front row would slap me five and slip me a packet (of dope) in the process.”

I first realized it was a problem around 1999. I couldn’t put it away. I kept losing my instruments, playing poorly. I lost days. I’d be running late for dinner and the next thing I’d know it was three days later.

Initial attempts at sobriety were short-lived. “So, in ’99 I just stopped. But I didn’t join a program or get any new tools. I couldn’t keep it together. I couldn’t play gigs, I couldn’t support my family. When Katrina hit it made things worse and I had to move out. I slept in the park, or on friend’s couches.” Osborne rattles off the names of substances like people run through their grocery list. “Alcohol was the grandfather of all this. Pot and uppers and other stuff came later. The opiates were about isolation. But underneath it all was alcohol.” 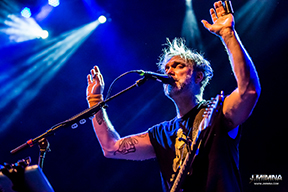 Osborne was in and out of meetings for a couple of years. It would take an intervention to get him moving in the right direction. “I had my manager and a sober guy with me on the road. They came to me and said, ‘You’ve been out of it for five days, we’ve got a bed reserved for you.’ You realize that you are at the end. You either start your walk back, or you jump.”

“After three weeks in rehab I had a breakthrough. The crying started. You have that moment where you start seeing the movie of what you’ve done and who you’ve been. It isn’t pretty.” Whatever self-delusion Osborne may have wrestled with, he was clear on one thing. “I’m a musician.”

When his time at rehab was ending the staff told him that they would really like to keep him longer. Their advice was for Osborne to take a year off, get a “regular job.” To Osborne this made no sense. Playing music was how he made money. “What am I going to do? Work at Home Depot? I needed to work. And yet there was something missing for me in the music industry.”

An idea began to grow in Osborne’s mind. What if he could develop a support network that he could take on tour, one that crisscrossed the highways and back roads of America? “The idea for Send Me a Friend spawned about four years ago. If you are a musician, a roadie, or a tour manager and you need a friend, some support out there; we’ll send someone to you. The friend is like an anchor. Someone you can drink coffee with, someone to talk to between sets.”

Osborne experienced the importance of that anchor on his first New Year’s Eve gig as a sober musician. “Two guys showed up and sat by the stage. It made me accountable. It was like, okay, I don’t have to be afraid. I’m just here to work.” Osborne now had hope that he could have the career and the sobriety he wanted.

Osborne did some benefit shows for flood relief for the Can’d Aid Foundation. Can’d Aid is the charitable arm of the Oskar Blues Brewery, located in Longmont, Colorado. “I pitched my idea for Send Me a Friend to them. They said to me, ‘You realize we are a brewery, right?’ I responded that it was their chance to be a voice for responsibility.”

A few fundraisers followed and Send Me a Friend launched in December 2016. “An artist can sign up on my site or on the Can’d Aid site. They have to fill out a questionnaire, some soft vetting to make sure they are sane. We have some people whose names everyone would know, many they would not. But it isn’t about celebrity. I’m thinking about that horn player who plays in a club on Bourbon Street. We send a friend a half an hour before the show. If the parties decide to swap phone numbers and keep in touch, that’s cool.”

Osborne has a vision. With the help of a corporate sponsor Osborne and company are developing an app. “It’s not just about being sober. Maybe we will connect to Uber…need a ride to a meeting? There will be links to living healthy, to a message board. I will be writing a blog.” 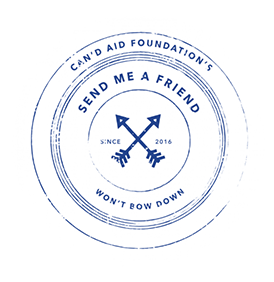 Since the December 2017 launch the network now has over a thousand “friends” across the country, each with over a year of continuous sobriety. Artists, roadies, guitar techs and others are signing up to use the program. At the moment Send Me a Friend is helping over twenty musicians in the early stages of sobriety get on solid footin

These days it’s a brighter world for Osborne. “Recovery is a cool thing because it gives you a green light to talk about what matters, a chance to be real. My wife calls it ‘Too much Information Anders.’ But I’m okay with it.”