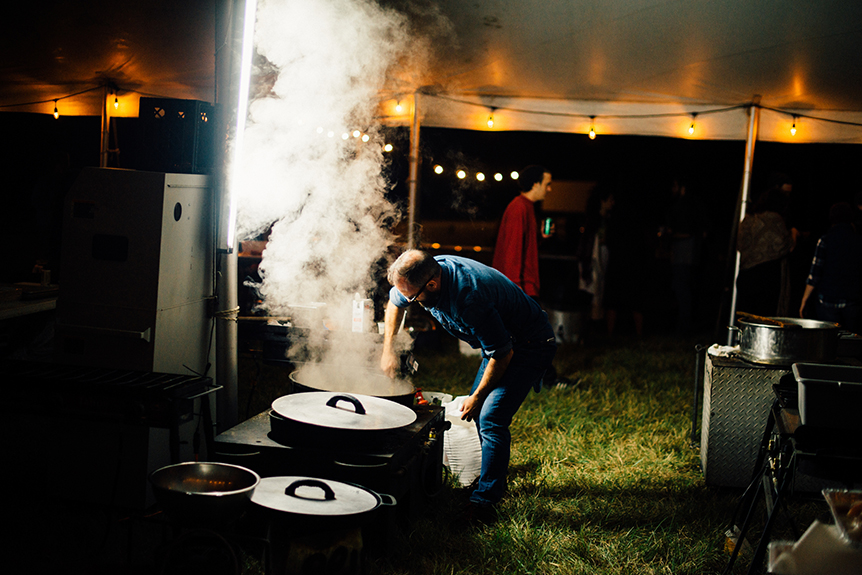 If you want the taste of a boucherie at home, try this recipe for pork neck bones, made in the tradition of backbone stew. At a boucherie, you would render pork fat for your lard and steal some of the water used to boil the meats for boudin as your stock, but for this recipe, store-bought substitutions are fine.

Liberally season pork neck bones with salt and pepper then brown them well in 1/4 cup of lard in a heavy-bottomed stock pot or Dutch oven. Set the browned neck bones aside in a mixing bowl, covered for later use.

In the stock pot, combine remaining 1 1/2 cups of lard and 1 1/2 cups of flour and cook over medium heat, stirring frequently until you’ve made a dark roux.

Add the celery, peppers and onions to the roux and cook until tender.

Add the cooked neck bones back to the pot along with the garlic, parsley and creole seasoning.

Increase the heat to high and slowly pour in the pork stock, stirring frequently. When the pot starts to boil, reduce the heat t medium-low, cover and simmer for two hours, stirring occasionally and adding water if the stew is too thick.

Taste and add seasoning if necessary.

There are plenty of good, commercially available Creole seasoning blends but I find that some of them are too salty. This is my father’s recipe that I’ve stuck with over the years.

Combine all ingredients in a large bowl and stir with a whisk until fully incorporated.