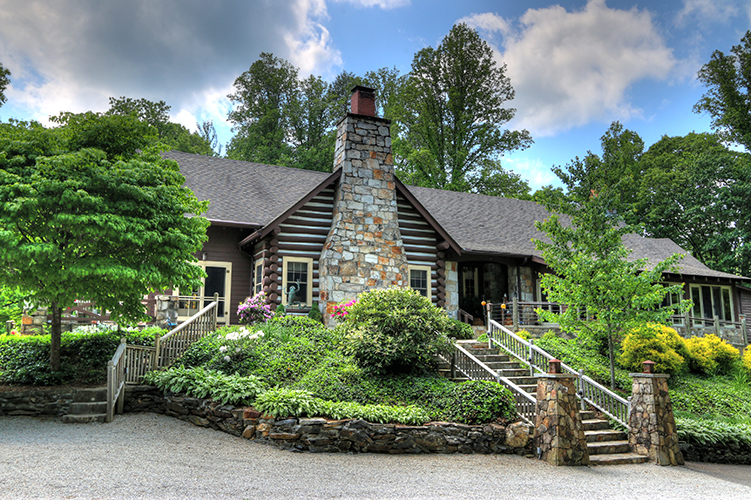 Step through the doors of Snowbird Mountain Lodge and you will find owner Robert Rankin greeting each guest with the familiarity of a beloved uncle or old friend. For Rankin, this is no small detail, and he fervently believes it helps to make every guest’s trip feel as though they are staying with close family. He personally speaks to every guest upon arrival and makes sure each receives a thank you note on the day they leave.

His guests’ reasons for visiting are varied. Some come for the wine dinners and gourmet meals, some to reconnect with nature, and some because this is what they’ve been doing for as long as they can remember. Rankin says he even has one couple that has been coming to Snowbird for more than 52 years. Well over half of his guests return year after year. And that is part of the “magic” of this place tucked into the North Carolina mountains. “We don’t really advertise,” explains Rankin. “We depend on word of mouth. It’s an imprint. People tell us we’re remote and we like that.” 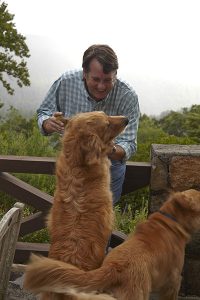 The drive up to the lodge – once you leave major highways – is a route of mountain roads that wind around the hills and take you – finally – up a long driveway, far off the touristy beaten path. It would be hard to find, if you did not have directions. Located 11 miles from Robbinsville, NC, and at nearly 3,000 feet high and sitting on 100 acres, Snowbird Lodge leaves guests with a unique experience on a secluded mountaintop and incredible views of the peaks of the Snowbird Mountains.

Rankin has owned Snowbird Lodge since 1991, and its discovery was completely by chance. Born and raised in Alabama, Rankin has always been an avid outdoorsman. Hiking and fly-fishing are just two of the many things he is passionate about. The first time he saw Snowbird Lodge, he was 18. “I’d been hiking for miles and miles, he recalled. “I saw a sign that read: “Shower and a clean towel: $5.” The sign also said this deal was available at the Snowbird Mountain Lodge. So Rankin went in search of those much-desired luxuries and upon his arrival was led out to a building behind the lodge and showered. It was at that moment he fell in love. “I thought it was really cool… kind of like my grandmother’s house,” he says. After that initial Snowbird experience, Rankin found himself returning time and again through the years to experience that feeling of welcome as well as the remote southwestern North Carolina mountains.

“Opened to the public in April of 1941, Snowbird Lodge was built by Arthur and Edwin Wolfe, two brothers from Chicago who dreamed of building a lodge to house their tour groups in luxurious rustic style. Today the Lodge is listed on the Register of National Historic Places.”

In the early 90s he found he wanted to get out of the finance business and in to inn-keeping; he had always thought he wanted to be in the hospitality industry. So he started looking for a place to buy. He visited 40-something properties and was back in the North Carolina mountains, visiting another place when he heard Snowbird was for sale. He toured the property and knew that was it, even though it had been condemned; he had a vision. Six months later it was his. His father encouraged him to go for it, “So, I put the ‘bible’ together – my 480-page business plan. You know, ‘this is what I want; there is where I want to be, the four seasons in the area’ and everything else.” 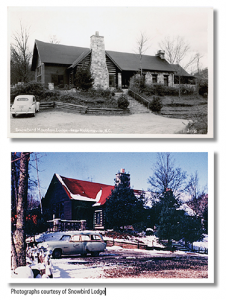 With big plans and a loving restoration of much of the well-loved property, the business Rankin ended up with has continued to reward him at each and every turn. In fact, it’s less like a business to him and his staff and more like family. Rankin admits he doesn’t ask anyone to do anything that he wouldn’t do himself. And, as the owner of this beautiful spot in the mountains, he’s done it all. Whether it’s keeping an eye out for fresh local vegetables and fruit in farmer’s markets and roadside stands or fixing toilets at 2 a.m., Rankin is all in, every day he walks through the door. And guests know it when he talks about where to go hiking and where to find something special.

Using old school hospitality, he encourages guests to “disconnect to reconnect” with their lives. “That’s what we foster here,” he says. So, Wi-Fi is “scarce” in the rooms, although you can reconnect with the world down at the Main Lodge. There’s a computer there, too, if you need it, but instead, Rankin encourages you to take a hike, or have lunch out by the screened in fire pit.

Guests enjoy full breakfasts, and gourmet lunches to go are packed up in backpacks to carry along while exploring the beautiful surroundings. Dinners are something to remember. Fresh produce and meats sourced from local farms leave you wanting more. Rankin says the magic of the food is with his kitchen staff. He stays out of it and only stops by in the mornings to find out what they’ll be having for dinner that night. He trusts his staff to take care of things. And, these staffers love him back for the things he does for them.

Recently, two engaged staff members had their house burn down, literally leaving them with the clothes on their backs. Rankin showed up in the middle of the night with a credit card and a set of keys. He encouraged them to go pick up everything they needed and to stay in another of his properties until they got back on their feet. He also told them not to worry about when or if they paid him back. He just wanted to make sure they were all right and had a place to go. That’s the kind of trust and faith he fosters in staff members, and that kind of spirit bleeds over into how guests are treated. 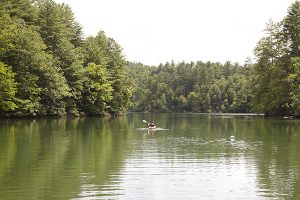 In the early days Rankin says that the growth of his lodge was off and on. In the early 90s they experienced real growth. Business kept growing, but then the financial meltdown happened in 2008 and he says everything collapsed – even the bank that held the mortgage on Snowbird was bought out. Suddenly, everyone he “knew” at the old bank were gone, and the new bank told him they didn’t want to support him going forward. He was given a deadline to find new funding and he had to hustle to find a new bank. “No banks, big or small, would touch us,” says Rankin. The smaller banks he’d known in the past had experienced such huge financial losses that they wouldn’t even consider it, and the bigger banks were being squeezed out by losses. At one point, the new bank president he was dealing with called him and told him, “Mr. Rankin, you have until the end of next week.” So, in desperation, he called an old college friend, Paul Bryant – who happens to be the son of the legendary Alabama football coach, “Bear” Bryant.

Bryant reassured him and asked for all his paperwork. When he got the call that said Bryant’s friend could do it, it was on the last day of that fateful week. “We made it by the skin of our teeth. I look back now and see how we fell off that cliff that day and we didn’t climb back up… we were all in.”

The bar, located just off the main dining room, has a fireplace and is large enough to hold after-dinner sippers and those inclined to keep talking after meals are through. Its here you’ll find Rankin often tending the bar, with a cigar, hanging out with his guests. Ask him anything about bourbon, and he’ll have an answer. How does he know so much? “I like to drink,” he laughs.

Snowbird has also become known for their wine dinner weekends, where guests not only get views of mountain beauty but five-star dinners that are paired with exceptional wines presented by special guest sommeliers. These weekends are extremely popular, and regulars know the need to reserve their weekends early every year to make sure they get spots and rooms. When the inn is full, it holds 46 guests. 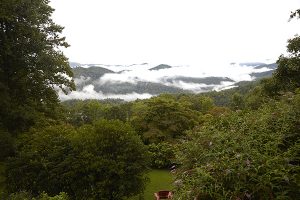 Rankin walks the property he so lovingly tends to every single day, rain or shine. He can tell you what is blooming over by the tennis courts, which vegetables are growing in the property’s garden, or what special event is happening near there. But what Rankin really has is an instinct for caring for his guests, ensuring your first trip to Snowbird won’t be your last.