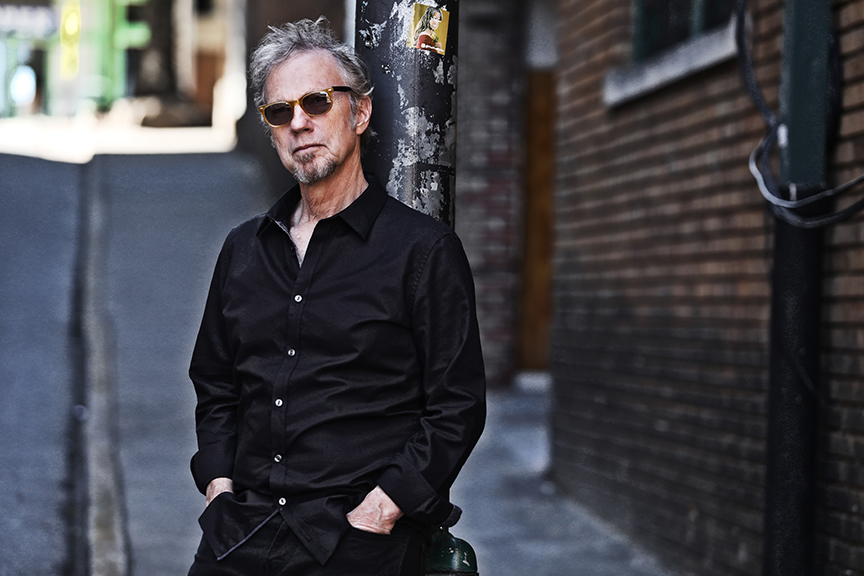 He has been called the “William Faulkner of Southern music,” by Hittin’ the Note. For any artist that would be lofty praise, but for Randall Bramblett it seems, if anything, an understatement. His history is one of unusual intersections, the power and funk of James Brown coupled with the literary genius and vision of Bob Dylan, rooted in the Southern soil tilled so beautifully by Levon Helm and The Band. Throw in a short-lived attempt at divinity school and you have all the ingredients of a classic Southern upbringing…or maybe a novel.

From the heyday of Macon’s Capricorn records to touring with Steve Winwood for sixteen years, Bramblett has established himself as a highly respected musician. His skill as a writer and arranger display a subtle and natural intuitiveness for structure and story-telling. Perhaps one of his greatest gifts is his ability to get out of the way of the story and let the truth shine through.

Speaking with Bramblett from his home in Athens, the Georgia native is relaxed and open, excited about his new record, Juke Joint at the Edge of the World, all the while displaying the humility that can only come from paying your dues. “That R&B stuff, that’s what I grew up playing. I saw James Brown in Atlanta, and his performance was earth-shaking. Dylan changed everything about what you could write about. Van Morrison, too. The Band brought it all back home; the mandolin, Robertson’s guitar, and the unusual things Garth was doing. Their singing was extraordinary.”

The early seventies found Bramblett working as a session player for a number of artists including Elvin Bishop, Atlanta Rhythm Section, and Gregg Allman. It was with Allman that Bramblett first experienced life on the road as part of a national tour. It was also a baptism of sorts into a major league party life. Bramblett joined former Allman Brothers piano player Chuck Leavell in Sea Level, a band that fused rock, funk and jazz. He would record four albums with them for Capricorn Records.

“I was never really a Southern rocker. I had been doing a lot of session work, mostly horns.” Bramblett wrote songs for Sea Level and one of them, ‘That’s Your Secret,’ received some airplay. “Everyone was partying, hitting it hard back then. Speaking for myself, it got out of hand. I needed to take some time off.”

“I got clean and sober in ’83. I didn’t write for three years. I didn’t know how to write sober. The wolves start scratching at the door… and they will get in. I had a lot of changing and growing to do.”

Bramblett dropped off the radar for a few years, went to school and got his Master’s degree in social work. He was sorting out how to live, and needed to get himself grounded. He was thinking of keeping music as a hobby when he got a phone call from Steve Winwood. For the next sixteen years Bramblett would be a part of Winwood’s touring band.

“It helped me get back in the middle of the music business. His love of music and playing inspired me to start writing and recording again.” Tours with Levon Helm, and Widespread Panic followed. But it was the association with Winwood that started him on the path back to his first love, making music. “I left working with him when it reached the point that it was impossible to do that and focus on my own stuff. We’re still friends, but it was time to for me to get my own songs out there.” 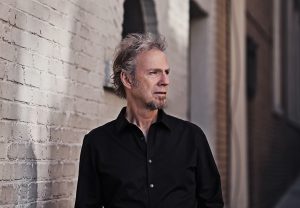 Bramblett has become a symbol of strong, nuanced, Southern writing. But it took a while for him to become comfortable with the “Southern writer” tag. “I resisted it for a time, but I’ve come to embrace it. A lot of my songs come from particular places. There’s just so much soul and depth in the South.”

The strength of his material is built on dynamic arrangements coupled with fully realized characters. Quirky, often skewed and damaged, Bramblett presents his characters without judgment or moralizing. His ability to see the world through their eyes keeps them from becoming caricatures or props for sermonizing.

“I’m identifying with them on some level, even the craziest ones. I have empathy for them. Take the song ‘Plan B’ from the new record, Juke Joint at the Edge of the World. This guy’s got no plans. You get the feeling he’s whistling in the dark. I can relate to him, he’s from my past, he just keeps partying.”

“The song ‘Mali Katra’ came from something I saw when I was out walking one day. I looked up and saw forty buzzards sitting on a cell tower. It got me thinking, don’t pick up the phone. It could be death calling,” Bramblett says, laughing.

He has a talent for handling difficult subjects with skill, avoiding cheap sentiment for genuine compassion. On ‘Detox Bracelet’ off of his 2013 album, The Bright Spots, Bramblett tackles the subject of addiction with finesse and grace. Capturing a moment of clarity, he sings:

You were standing in the sun

With your detox bracelet round your arm…

How quickly things can change

From sunlight to pouring rain

When you’re dancing round the edge of disaster…

Now the pain has found you

But just look around you

At the gifts of desperation everywhere

‘Devil Music,’ the title track to his 2015 release, was based on the true story of Blues man Howlin’ Wolf. Bramblett recounts the tale, “Wolf had started to make it big time. He went to visit his mama, and give her some money. He wanted to help and he was proud that he could do it. She closed the door on him and told him she didn’t want to see him again, he was playing that devil music. She was sanctified. He cried all the way to Memphis. He could not be consoled.”

It is impossible to sing about the South without touching on religion. “I liked studying world religions and early Christianity. I think the best part of it is the idea of a community that loves you, of a loving God, the idea of loving your neighbor as yourself. The bad part of it would be guilt. But I don’t write like I’ve got it. I’m struggling with this idea of spirituality… somedays I don’t believe in anything.”

Bramblett’s voice is weathered, seasoned with experience that only comes with having truly lived. Over the course of the last three albums, the musical palette has become more diverse and surprising. The Bright Spots felt more structured in a singer songwriter vein, albeit an edgy one. Devil Music is raw and explosive, drawing from the more dangerous aspects of the blues. Juke Joint at the Edge of the World is the Randall Bramblett Band, having played together for the last four years – all the cylinders are firing with a carefree improvisational vibe. They are clearly having a ball. Think of it as Faulkner with funk.

“We’ve been playing these old juke joints, places where people get up and dance. We draw a lot of energy from that and I think we got it on this record.”