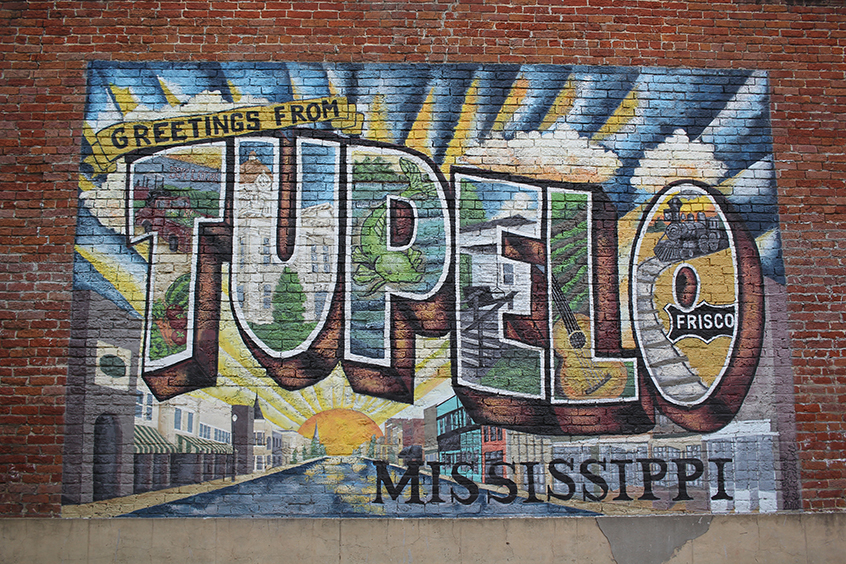 Road tripping along the Natchez Trace can build up quite a hunger. Luckily, this legendary route cuts straight through Tupelo, Mississippi. Famous for being the birthplace of Elvis, Tupelo has been steadily building a reputation for its thriving epicurean scene. Key to the fresh tastes coming out of this part of Hill Country: collaborations where local eateries create new takes on old favorites.

Connie’s Blueberry Doughnut Bread Pudding  Served in a mug and overflowing with sauce, Connie’s Blueberry Doughnut Bread Pudding is a best seller on the menu at the Blue Canoe, a live music venue and restaurant. The original blueberry doughnut was already an icon– born (surprisingly) at Connie’s Fried Chicken just a few miles north. It’s been named the Best Dessert in Mississippi by Mississippi Magazine three times.

Smashburger at the Neon Pig  In-between doughnuts, it’s time to level up the burger game. Enter: Smashburger at the Neon Pig. Once named the best burger in America by Thrillist, this burger’s legend starts with a blend of five different cuts of meat! The hoisin and comeback sauces perfectly complement the cheese, quick pickles, and pickled onion. One is never enough, so grab some Smashburger patties at the on-site butcher store too. Stopping by for lunch? Get there early. Everyone loves this place.

Meats and treats at Mike’s BBQ House   Cooked with real wood on real smokers, this Tupelo-favorite serves up some of the best BBQ flavors in the state. Thanks to their authentic dry rub and special sauces, the rib tips and pulled pork are the most popular items on our menu. Our tip? Save room for dessert. Owners Mike and Torie Keys include family dessert recipes on their menu to make sure that their mothers, Emma and Bea, feel special. “We cook with love every day,” Torie says.

Fried chicken at King Chicken Fillin’ Station  People in Tupelo aren’t afraid of a challenge. Just ask Patricia Wax, who turned an old country store and gas station into one of the town’s favorite fried chicken joints. And if you’d rather skip straight to the sweet stuff, the peach cobbler more than justifies a visit!

Next time you hit the road, set your map app to Tupelo, and fill your spirit with some of the most community-minded foodies in the state. Their creativity is just one of the reasons why Tupelo is where culinary tomorrows are made.