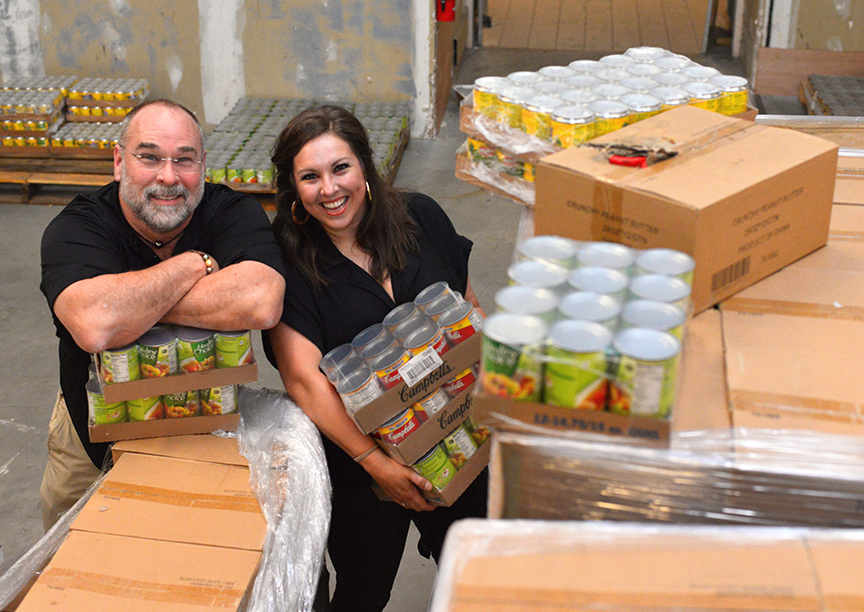 Driven is a word used to describe many successful people, and it’s no different for Robert St. John. Most chefs have their plate full with a restaurant or two. Robert St. John has eight in Hattiesburg, Mississippi and all eight are good–very good, with the emphasis on serving great food and treating people right. St. John’s efforts, along with his talented team, have resulted in a string of accolades.

The Purple Parrot Cafe, which St. John describes as serving re-imagined American classics and specialty cocktails, has been named the best fine dining restaurant in the state of Mississippi, awarded nine Four-Diamond ratings from AAA Travel Guide, and was named second best fine dining restaurant in the South. Many restauranteurs who find a successful business plan, just replicate the same thing again and again, in different locations. Not St. John. Each of his restaurants are unique, from a killer good burger joint, to fine dining Italian. While they could be cloned it is not likely to happen, although I sure would like to have an Ed’s Burger Joint or Tabella down the street from me, but it’s not likely to happen.

It’s hard to imagine running that many restaurants, especially restaurants that maintain such high standards, but St. John doesn’t stop there. He just finished his twelfth book, he has a syndicated weekly newspaper column carried in more than twenty papers, and a TV show–Palate to Palette–which is currently in its fourth season on PBS.

Not one to step back from a challenge, few could keep up with St. John. Although he doesn’t get to cook much in his restaurants anymore, except for recipe development, he’s proud that his cooks and chefs run circles around him in the kitchen–he doesn’t have much to prove.

St. John lost his dad at an early age resulting in his mother struggling to raise the family on a schoolteacher’s salary. He started working at twelve years of age. Poverty and disaster drive some people to despair, but for others, it drives them to success and St John is a man driven to succeed, a man that does things right, and has a big heart to boot.

He dropped out of college and opened a delicatessen. The first day was a disaster, the chef quit, and St. John had no choice but to jump into the kitchen and start a crash course on Kitchen Management 101. But the disaster turned into another blessing. He said, “I fell in love the first day, and knew almost immediately that this was what I was supposed to do.” It’s another example of unintended consequences, or as St. John likes to describe it, “falling backwards into success.” He soon realized that if he wanted to be successful in the restaurant business, he needed to go back to school. He enrolled at the University of South Mississippi in the 1980s, completed most of the course work (he was two classes short) but decided to get back to work without a degree. In classic St. John style, in 2000 he decided to clean up the loose ends, went back to school, completed the course work required, and graduated as one of the oldest men in the class.

There are few careers as demanding as the restaurant industry, in terms of time spent away from your family, late and long hours, the stress of running a professional kitchen, as well as dealing with a demanding public. Every plate that goes out the swinging doors and into the dining room, has the chef’s name plastered all over it. If you don’t love it, it’s just not going to work. St. John has made it look easy, but that would be a superficial observation. It has taken him years of dedication, and countless hours away from home to find this measure of success.

With a reputation writ large throughout the Deep South, St. John is even more well-known in his home state of Mississippi. It has taken him more than thirty years to build his restaurant group and he is well respected and that respect has been earned. He is naturally someone you call on when you need to shake some trees. And that’s how he began feeding the hungry.

In 2009 St. John received a call from the Edwards Street Fellowship Center, a food pantry in Hattiesburg. Their pantry was bare. Completely out of food they were struggling to find how to feed over eight hundred hungry families. In typical St. John fashion, he jumped into the fray and in short order had worked with Sysco Foods, the world leader in food distribution to restaurants to find food that would accommodate the needs of these pantries. In an amazingly short period of time, trucks loaded with food were on the way.

As St. John sorted out the problems at Edwards Street, he began to look into the probability that other soup kitchens and food pantries might be having the same kinds of problems. “To be completely honest, I was skeptical that there was a need, and wondered if we actually had a hunger problem at all.” St. John explains, “I had no difficulty believing that there were hunger issues in third-world nations halfway across the globe, but here in the United States, the richest, most prosperous country on the planet? No way. We have food stamps, WIC, welfare, and several other government assistance programs for those in need. The deeper I dug the more I learned how wrong I was. Unfortunately, I was actually living in the state that had the most food insecurity in the nation.”

Most of us will never comprehend the number of people in Mississippi, or anywhere for that matter, that are food insecure. These are people who literally don’t know where their next meal will come from, and if there will ever be enough to eat. The numbers are staggering. In Mississippi alone there are 300,000 people that fit into that hard-pressed category. 200,000 of them are children. St. John did not realize it either, but he got the message and, being the kind of person he is, did what needed to be done.

St. John began to travel to other agencies similar to Edwards Street, “I began to see the face of hunger in my state. I learned that there are seniors living on Social Security checks and fixed incomes who are— at this very moment— trying to decide between paying the electricity bill or going to the grocery store to purchase food. I met single, working mothers who were holding down two jobs trying to keep their children fed. Worst of all, I met children who were eating a school breakfast, a school lunch, and not eating again until the next day.”

He approached Sysco with a proposition, “What if every business and home had an extra table where they could feed those in need? What would that look like?” They loved the idea, and Extra Table was born. The non-profit organization applies sound business principles in an efficient and expeditious way to feed the hungry. In many soup kitchens around the country, small cans of food, like the type you buy for your family, were donated. Can you imagine how many cans have to be opened to feed three hundred people a day? Small cans now go to food pantries for family use, and big cans, the 10-pound size you see in restaurant storerooms, go to soup kitchens that feed large numbers of people.

The overall mission is to provide soup kitchens and pantries with as much healthy food as possible, with a big emphasis on healthy. Perhaps for the first time in history, we’ve recognized obesity as a sign of poverty. The food that the needy has the most access to, is high in sugar, calories and salt. It is not a healthy diet by any stretch of the imagination, and so diabetes, and other health issues, are rampant in low income families. Take a look at the food in convenience stores; pop tarts, hot dogs, cans of unhealthy meats loaded with sodium, and sugary drinks fill the shelves. Not all outreach programs understand how important healthy food is, or have the means to procure it in the quantities needed, but Extra Table is leading the way.

Today, Extra Table is ably managed by Martha Allen, who St. John describes as a power house, driven to get things done right (sounds familiar, doesn’t it?) Currently, Extra Table works with 42 feeding agencies, and one food hub. In turn, they have partnerships with 100 food pantries, shipping 134 tons of free food each year.

Allen, following the guidelines St. John established, uses her common-sense approach to feeding the needy. Beyond offering families healthy food in the right size cans, she makes sure the food that is sent to pantries has pop or tear tops and is shelf stable. As foreign as it may seem, many recipients may not have a can opener at home, and food with a short shelf life just isn’t a good idea.

Just a few generations ago, gardens were the norm in the Deep South. People subsisted on their own gardens, but today, not only have gardening skills been lost, but in most families every one that can, works, and there simply is not the time or knowledge to tend a garden. Allen says it is an interesting exercise to add up the cost to build and plant a garden today–amending soil and purchasing bedding plants from a big box store. It may be a great hobby, but it is not an economical one and is not a logical way to feed those who are in the greatest need.

One hundred percent of the money Extra Table raises, goes to purchasing food for those they feed. St. John serves as the Chairman of the Board of Trustees of the organization and spends much of his time fundraising. Funding for the administration is raised separately. In 2019 alone, there were well over a dozen fund raisers, from the Lazy Magnolia Brewery Charity (Mississippi’s most famous brewery), to the Taste of the South Charity in Washington, D.C. Necessary fundraising is a big part of what St. John and Extra Table do, and none of their efforts would be possible without public support.