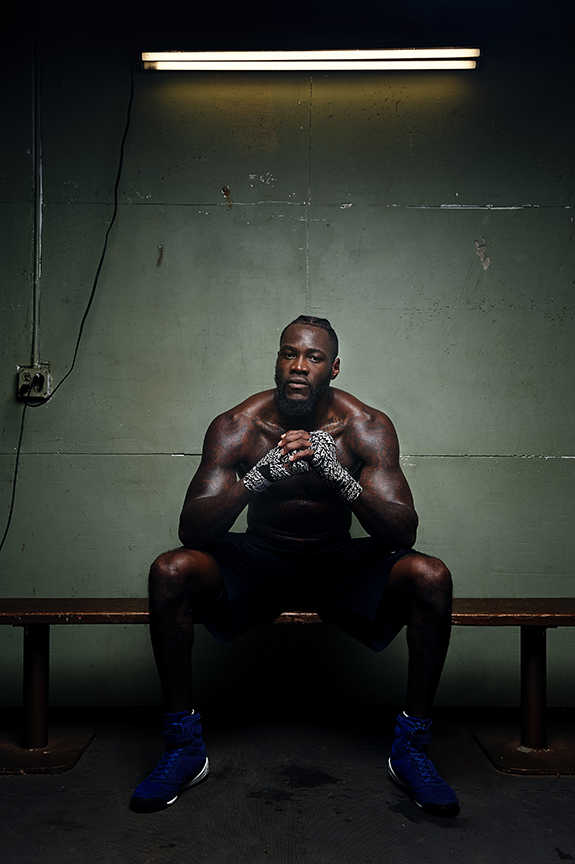 In the heart of Northport, Alabama sits an unassuming row of storage buildings turned office spaces. At the very back, in the largest two units, you’ll find Skyy Boxing Gym. In this place, Tuscaloosa native Deontay Wilder got his start and the same ring he still trains in today, even though he’s now the World Boxing Council (WBC) Heavyweight Champion.

[dropcap letter=”G”]rowing up, Wilder dreamed of playing football for the University of Alabama but his life changed in 2005 when his daughter, Naieya, was born with spina bifida, a birth defect of the spinal cord. He quickly started working multiple jobs and eventually began training at Skyy Boxing in hopes of bringing in more money to help with medical bills.

“Boxing wasn’t my plan in life at all,” the champion explains, “It was a great moment when she (Naieya) got into the ring with me and I told her to wave to the crowd. She was the reason I got there. If it wasn’t for her, I don’t know what I’d be doing right now.”

When you meet Wilder, the thing you instantly notice is his size. He stands a towering 6’7″ with not an ounce of fat on his bones — all muscle. He’s intimidating at first glance but once you engage him in conversation he becomes a gentle giant. He smiles with his whole face and has a way of making any discomfort you may have had settle right down. 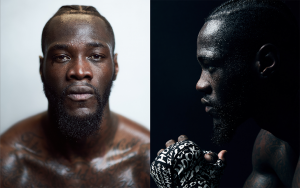 I’m just Deontay,” he states, “I may be Champ, I may be a mentor, a role model, a lot of things to other people but at the end of the day, I’m just Deontay.

Wilder’s current boxing record is 38 wins, no losses and he has successfully defended his heavyweight title on five occasions. Most boxers of this caliber set up their training camps in bigger cities across the country, such as Las Vegas, but not Wilder. He decided to stay close to home where he can avoid any temptations his newfound celebrity may throw at him.

“With certain things in life comes money and power,” Wilder continues, “It’s easy for a person to stray away. Some people do change and they don’t see it. Sometimes they change and the people around them don’t acknowledge that they’ve changed. I have a lot of great people around me. This is a tough job but God blessed the right people in my life.”

To his friends, family and fans, Wilder is truly a humble warrior. He has shared on many occasions, his love for the state of Alabama and especially the City of Tuscaloosa. When asked what keeps him in Tuscaloosa, his response was humbling, “The love I have for it. How I one day want to build a strong community for underprivileged families and for my children of course. For me home is where the heart is and I believe in the old saying, ‘There’s no place like home.’

I’ve had the honor of knowing Wilder for many years now, dating back to before he went pro. I can honestly say, since our first meeting, he hasn’t changed. The son of a preacher, Wilder’s confidence is infectious and his heart bigger than any ring he has ever stepped in. Though he is a beast in the ring with a hard right punch, outside of the ring, he embodies what it means to be a true Southern gentleman.