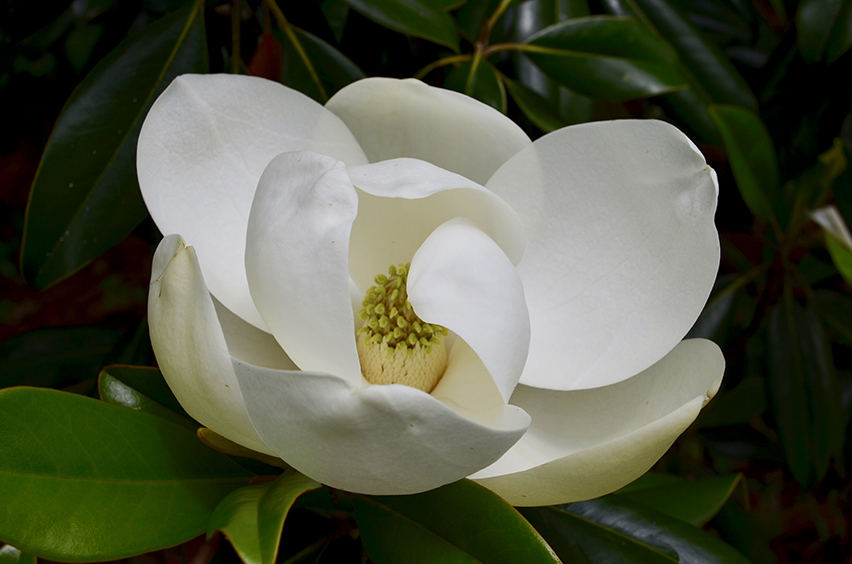 A City in Bloom

Much like the flower of the Southern Magnolia, Andalusia, Alabama, is a city in bloom. Nestled between the pine boughs and cotton fields of South Alabama, Andalusia is situated at the confluence of the Wiregrass and the BlackBelt. Mirroring the contrast of the milky white magnolia blossom against the waxy green leaves, Andalusia’s sense of community and quality of life stand apart from its rural surroundings. Andalusia’s citizens past and present have worked tirelessly to help create and maintain the town’s status as the region’s commercial epicenter and seat of county government.

[dropcap letter=”A”]fter a flood of the Conecuh River and a yellow fever epidemic in 1844, settlers from Covington County’s first county seat of Montezuma headed for higher ground. They established “New Site” at the location of present-day town square. The town’s name is a nod to the area’s Spanish heritage; it was named after the Andalucia region of southern Spain. Local legend has it that Hernando DeSoto passed through Andalusia on his famous exploration of Alabama. DeSoto, however, isn’t the only explorer to ever be drawn to Andalusia’s mystic charm. General Andrew Jackson marched through Andalusia and carved three notches in the oak trees on his way to New Orleans in 1813. The main streets of Andalusia’s historic downtown are named East and South Three Notch Streets.

The cultural and economic boon of south Alabama flourished in the early 1900s due to the timber, textile, and agricultural industries. The Conecuh River and the railroads served as industrial arteries to the largely undeveloped, rural area. As cotton production in the Southeastern United States grew, so did the textile industry. The power behind much of the economic textile development was a German immigrant by the name of John G. Scherf. He arrived in Andalusia in 1927 as president of the newly formed Andalusia Area Chamber of Commerce. With a group of investors he formed the Andale Corporation, which eventually became the AlaTex Corporation and employed over 3,500 people from Andalusia and the surrounding counties. Scherf’s ten-acre Mediterranean- style estate, Springdale, is owned by the city and sets the stage for many community events such as wedding receptions, school Easter egg hunts, and the “July Jamz” concert series sponsored by the Chamber of Commerce. Combined with the Andalusia City Hall and Covington County Veterans Memorial, it serves as a downtown city park complex.

As in many small towns, with the move of the textile industry overseas in the 1970s and 80s, the economy of the region began to wilt. However, Andalusia was, and still is home to the local utility powerhouse headquarters Southeast Gas and PowerSouth Energy Coopertive. These two entities help to provide high paying jobs such as attorneys, accountants, and engineers, just to name a few. These jobs, which are rare to find in small southern towns of 10,000 people, are in Andalusia to stay. Andalusia also boasts a first-class city school system as well as a growing medical community.

Andalusia’s true treasures are its culture and people. Local attorney turned-mayor Earl V. Johnson was born and raised in Andalusia. His enthusiasm and eagerness to showcase his city’s accomplishments are much like the nervous excitement of a child awaiting to go on stage for a school play, and rightly so. Andalusia City Hall, formerly East Three Notch Elementary School, was purchased and renovated in 2003 after Andalusia City Schools opened a new facility. The city’s other former elementary school, Church Street School, now serves as the Andalusia Cultural Arts Centre, the home of the Andalusia Academy of Ballet.

Part of Andalusia’s culture is its “can do” attitude. Mayor Johnson explains, “Andalusia is special. We are located 90 miles from any major city. We can’t all just up and drive to Montgomery, Pensacola, or Dothan for entertainment, shopping, dining, or other leisure activities. If we want something in Andalusia, we do it ourselves. We have a self-reliant attitude about providing a quality of life that is different from other small other towns or suburban areas.”

The Andalusia Star-News declared a “rebirth in the heart of our city, a renaissance in downtown Andalusia!” The City of Andalusia is vigorously dedicated to revitalizing and assisting in the efflorescence of its downtown area. “Through a public-private partnership, we have opened a new steakhouse called Big Mike’s in the old Andala building downtown,” reports Johnson. Voted the beast steak in Alabama by the Alabama Cattleman’s Association, Big Mike’s is located next door to Andalusia’s iconic skyscraper, the First National Bank Building. The city has just recently purchased the seven-story piece of Andalusia history and is currently in negotiations with prospective tenants. Across court square, the city also assisted in the newly renovated Clark Theatre. The luxury theatre offers residents the opportunity to experience today’s blockbusters in the same historic setting that provided a platform for silent movies and beauty revues of yesteryear. In addition, native chef, Casey Jones, has just opened CJ’s Grille on East Three Notch Street, creating a downtown dining and entertainment district. Meanwhile, the Tourism and Relocation Committee is paying homage to scenes of Andalusia’s past by commissioning murals on the sides of its downtown buildings. Themes such as the history of the local timber industry and the marriage of Hank and Audrey Williams can be found gracing the brick facades of the city’s historic structures. Dining, art, and entertainment – a true renaissance is happening in downtown Andalusia. 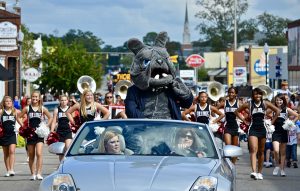 “The city, chamber of commerce, private clubs, organizations, and churches work hard to provide events for our citizens. It is rare that a weekend goes by that a unique event isn’t happening in our city,” says Johnson. Most recently, Andalusia has been voted one of the top 10 Christmas towns in Alabama by OnlyInYourState.com. The “Christmas in Candyland” festivities include 20 imaginative miniature play cottages for kids, snow flurries, ice skating, and a replica trackless steam locomotive. Families travel across county and state lines to enjoy the “Snow in South Alabama” event, which serves as a catalyst for retail stimulation and tourism. The annual December event was the idea of Chamber of Commerce Director, Chrissie Schubert Duffie. Duffle, the daughter of Parker House Roll tycoon and fellow Andalusian Patricia “Sister Schubert” Barnes, says that local proprietors, CEOs, councilmen, and managers have rallied with great enthusiasm to help implement new quality of life projects and events to boost community involvement and pride. The chamber also sponsors a summer concert series called “July Jamz” at Springdale Estate. The event showcases local talent and provides a wonderful platform for community fellowship and entertainment. 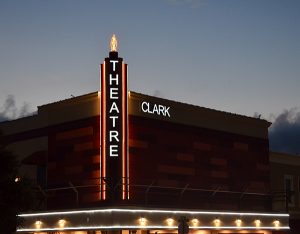 July Jamz is one of the many events that highlights Andalusia’s colorful cast of citizens. Mayor Johnson stated, “What I love most about this town is the people here really love this city and are proud of it. The people are what make Andalusia a great place to live. They are the ones that make all these different projects happen.” Andalusia is a town where older citizens whose kids have long passed their days on the football field still fill the bleachers to cheer on the Andy High Bulldogs on Friday nights. They are so steeped in tradition and pride in their community, graduates of Andalusia High School are recognized for the number of generations within their families that have had the opportunity to graduate from the same beloved institution. Like in many other southern towns, neighbors and friends fill the refrigerators and dining rooms of those that suffer from any need or loss. Traffic is stopped for funeral processions and Sunday luncheon is still an event. Sweet tea is the house wine of choice, chicken is best served fried, and crusts are always cut off cucumber sandwiches. What separates Andalusia from many other small towns in the South is the true dedication to the community, one to another. The same men and women who fill the football and baseball bleachers can also be found packing the auditorium for a community theatre production, teaching Sunday School, or attending the Lower Alabama Arts Council’s latest art show. All southern towns boast a dedicated, nurturing environment; in Andalusia, it’s a reality.

Andalusia’s diverse garden filled with history, society, architecture, art, and people is in full bloom. As French author Anais Nin once penned, “And the day came when the risk to remain tight in a bud was more painful than the risk it took to blossom.” Despite all odds, Andalusia flourishes! On your next trip to the sandy white beaches of the Emerald Coast, stop in and enjoy the hospitality and culture of this thriving Southern town. Y’all won’t regret it!

Written and Photographed by Stephen Caton

Every Fri, Sat, Sun during the month of December on the downtown square