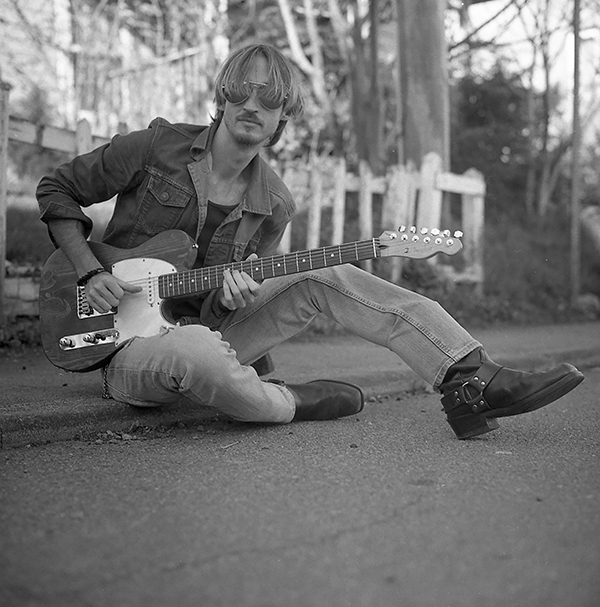 The tradition of Southern Blues-Rock is in great shape, in the capable hands of Eli Cook of Nelson County, Virginia. Located west of Charlottesville, Nelson County is farm country, home to orchards and vineyards, as well as traditional crop farming. But young Eli had different plans. He started guitar at a young age and by 15 he was playing community centers and tent revivals, alternating between the blues and gospel. By 18 he had opened for Johnny Winter, Robin Trower, and BB King. Eli was harvesting some street cred from the blues dues he had been paying.

I first heard Eli in 2014, at the Hamilton in Washington, DC. He was opening for the Godfather of the British Blues movement, John Mayall, the guy who hired Eric Clapton for the first lineup of the famous Bluesbreakers. I was excited to see Mayall, but I was, at the time, unaware of Eli Cook. That all changed rather rapidly.

The pre-show crowd was deep into their conversation when a slim twenty-eight-year-old Cook set up onstage. No one seemed to notice and the audience went on with their gab-fest. The young Cook pulled up his chair and dropped his slide onto the neck of his resonator guitar. Everyone shut up. All of sudden the Hamilton crowd was fixed on the young white kid who knew a thing or two about the blues.

Since that time I have kept up with Eli, following his recording career with great interest. He has a deep, almost supernaturally spooky voice; at first listen you might take him for an eighty-year-old blues man. Cook is a student of the blues, Muddy Waters, Elmore James, John Lee Hooker, and Mississippi John Hurt, to name a few of his influences.

But Cook also has his wild side, as he straddles the realms of grunge and psychedelia, shredding Hendrix-style with his power trio, the Eli Cook Band. He crosses genre lines with ease, and lately is diving into early rock and roll. The list of people he has played/recorded with is a who’s who of guitar wizards. Stick around, Eli’s just getting started.